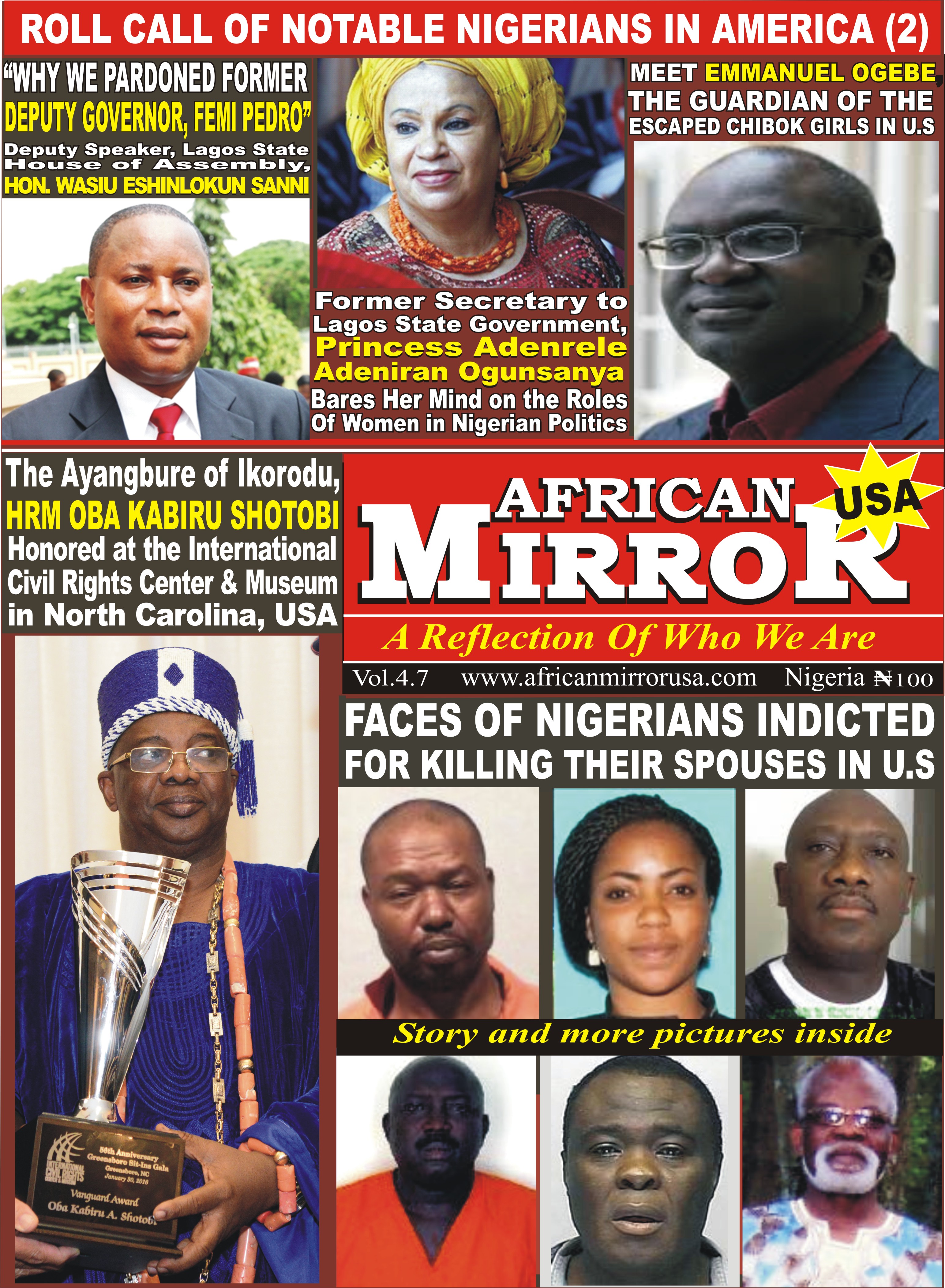 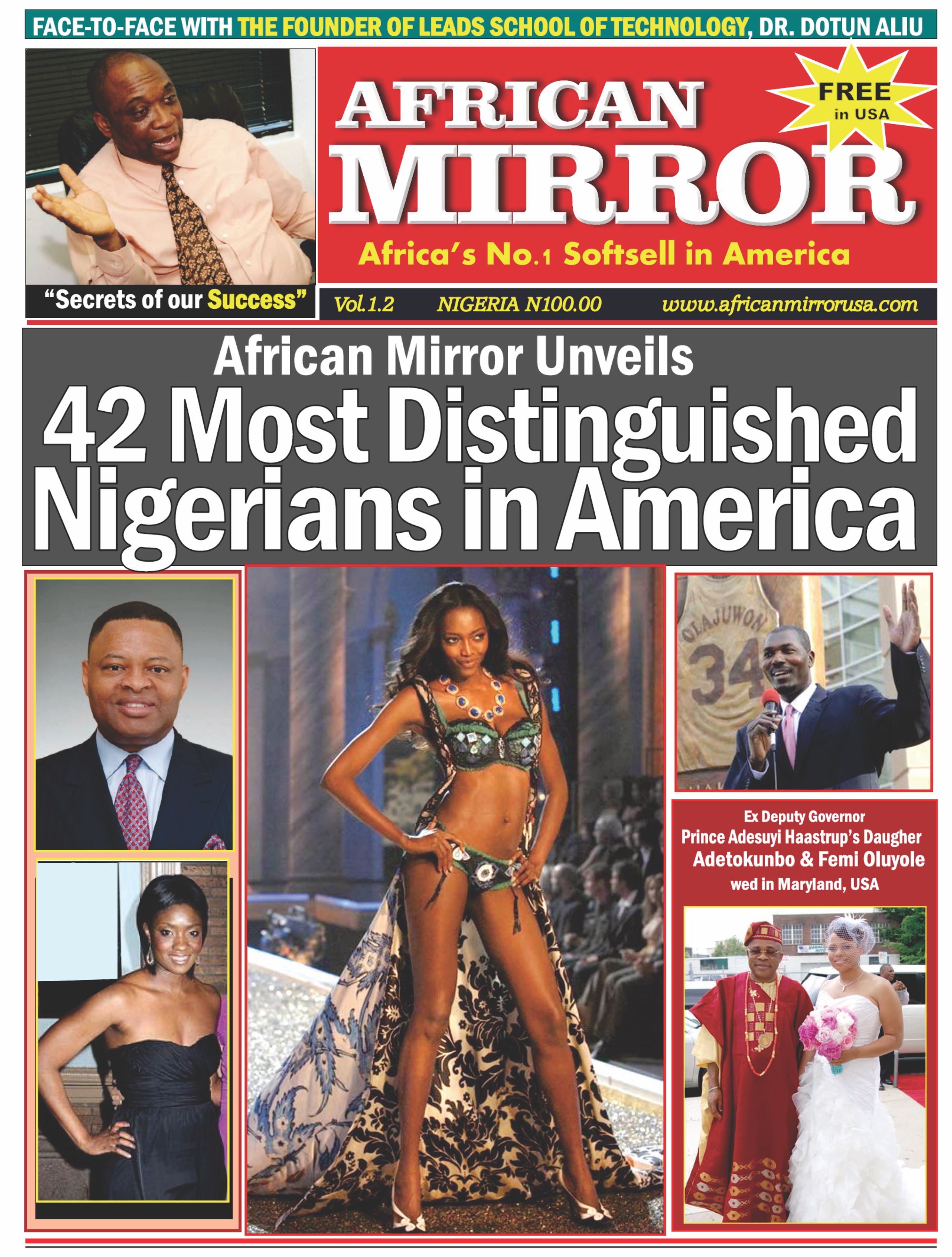 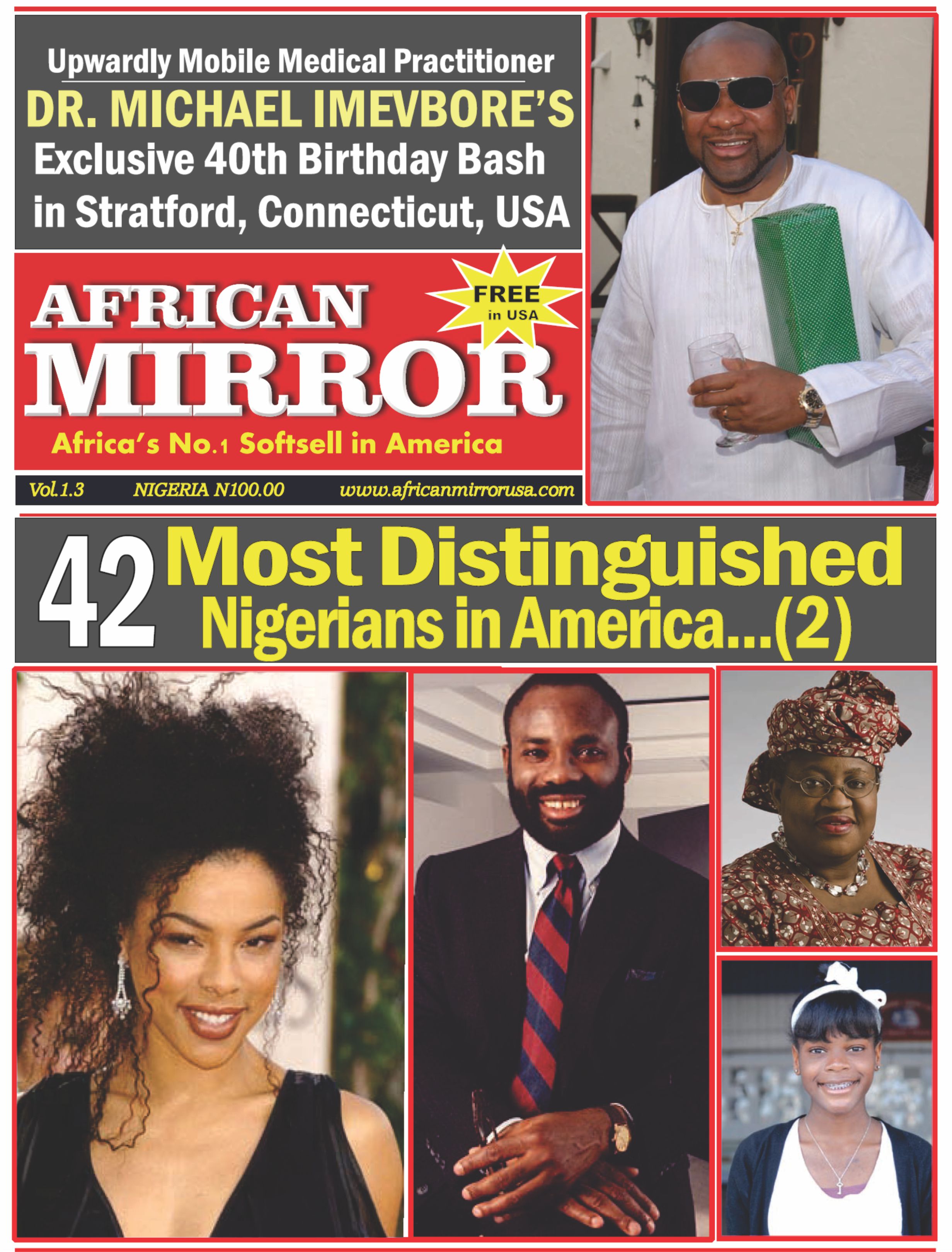 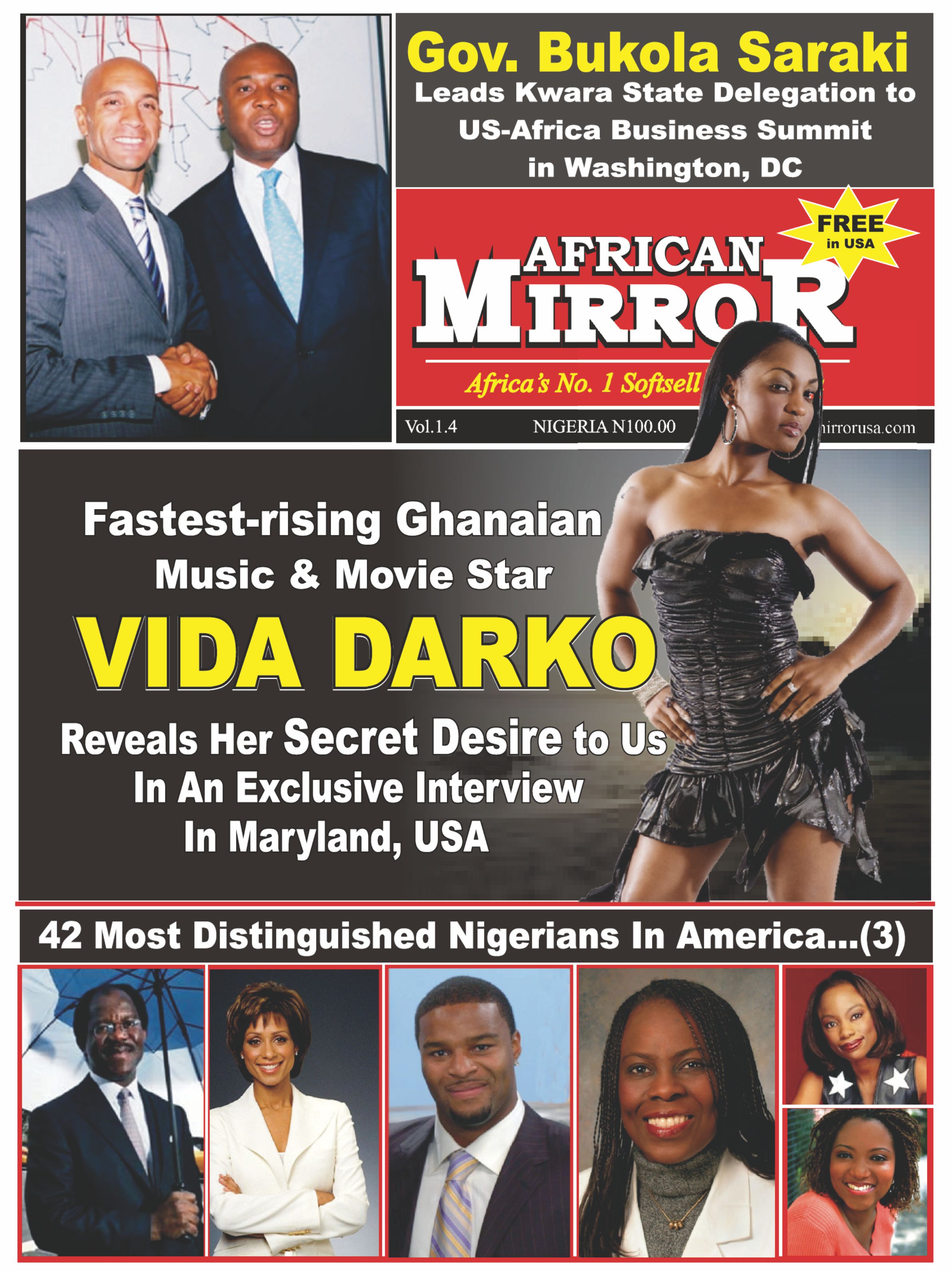 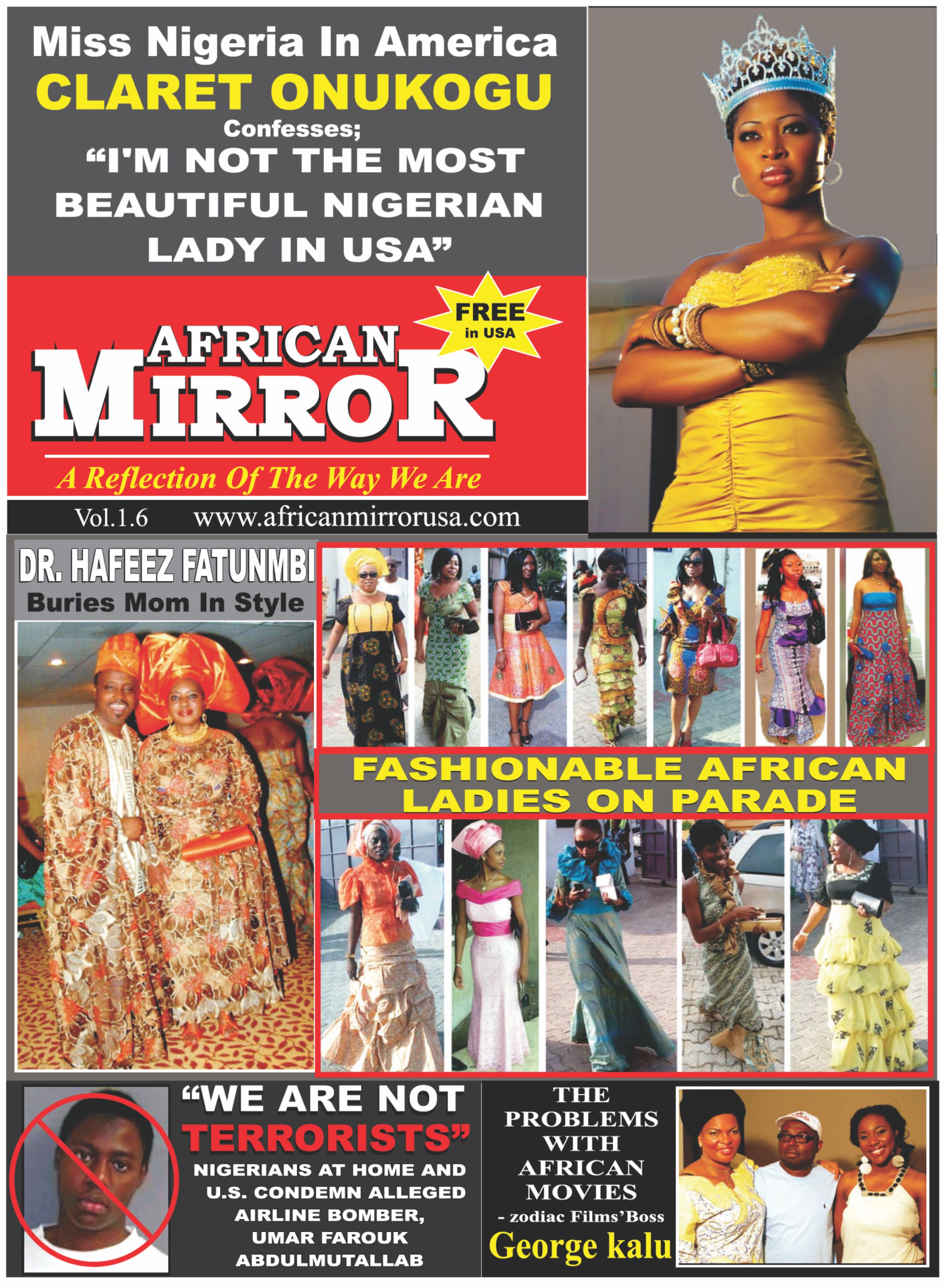 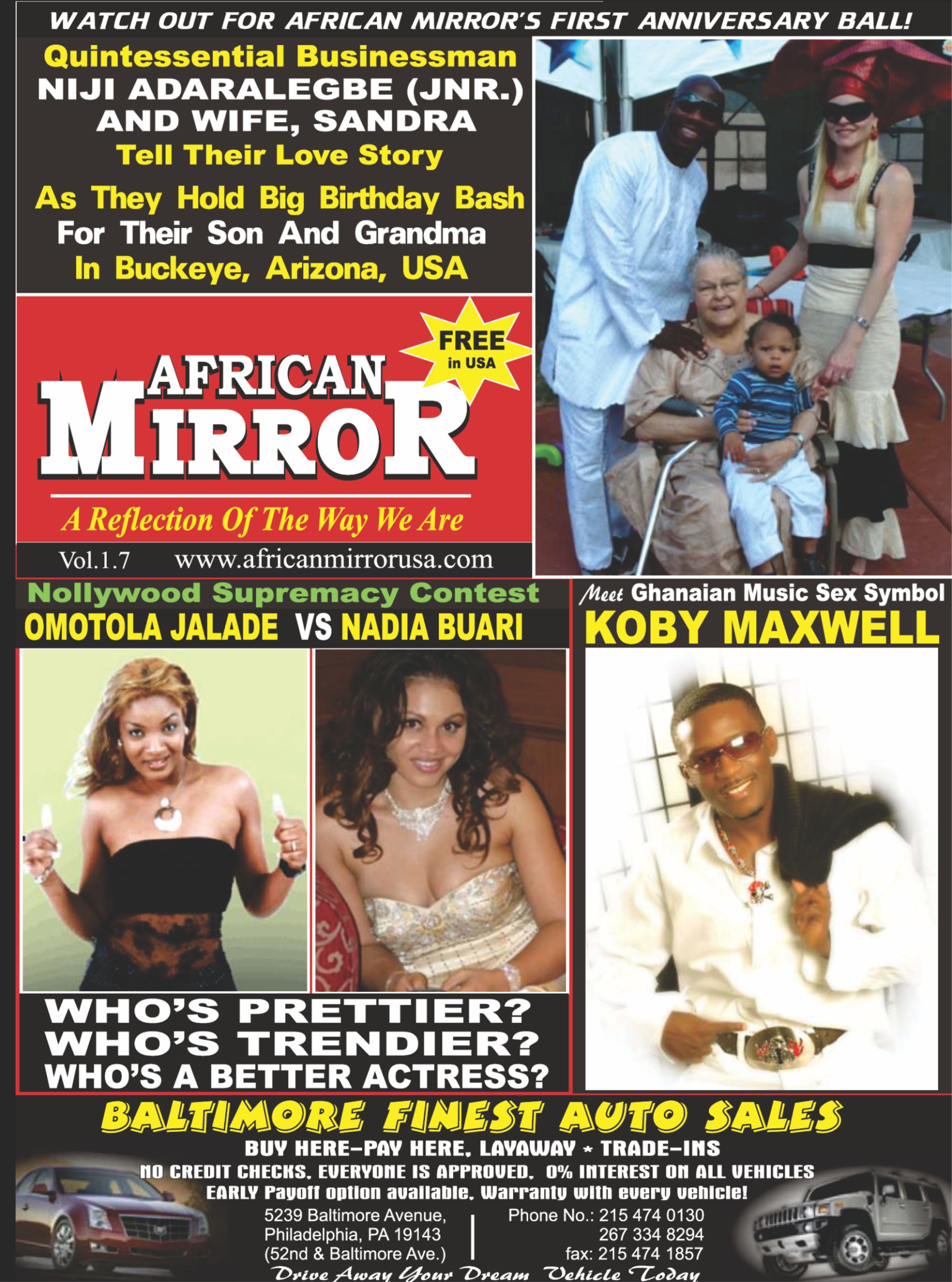 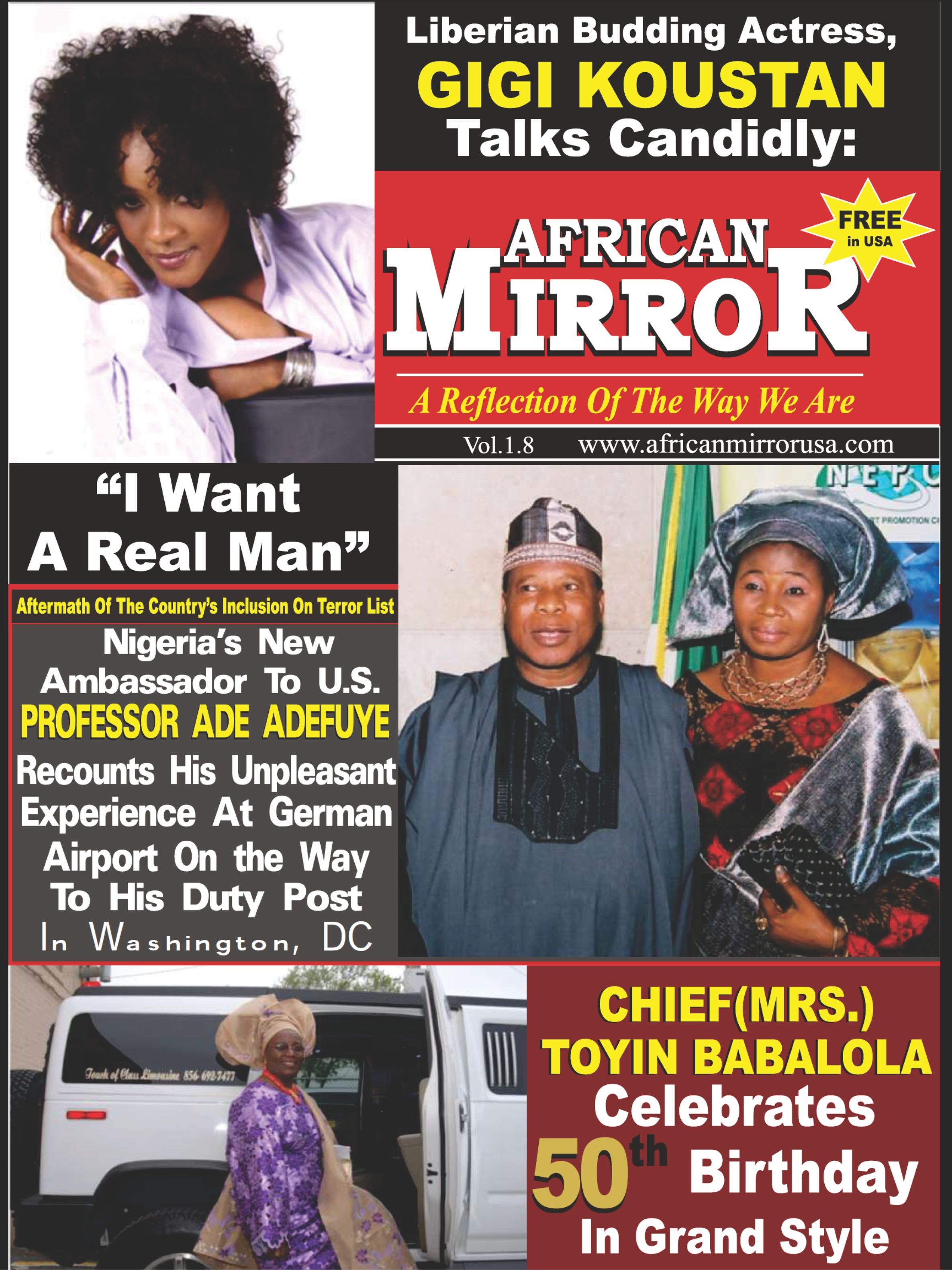 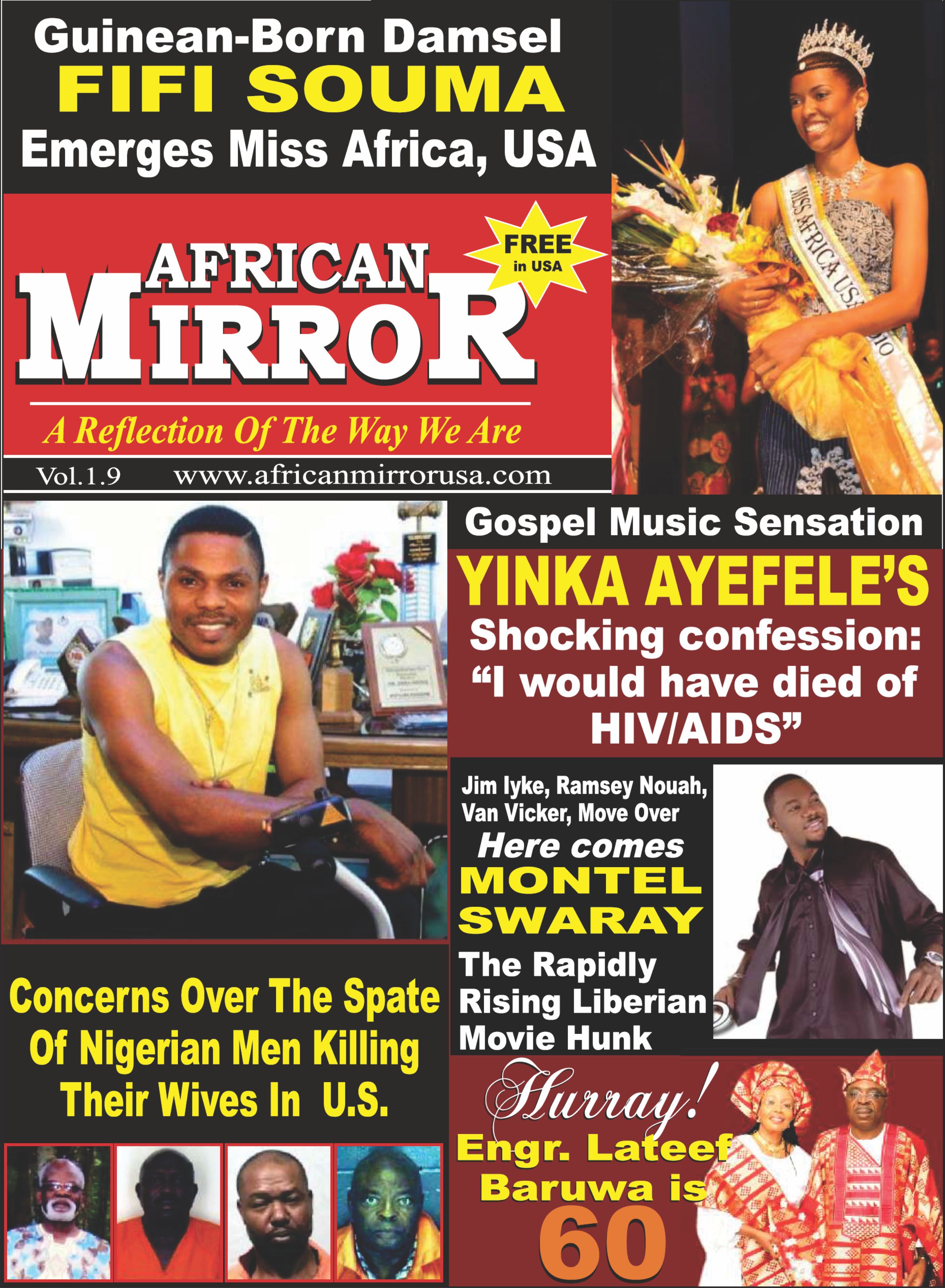 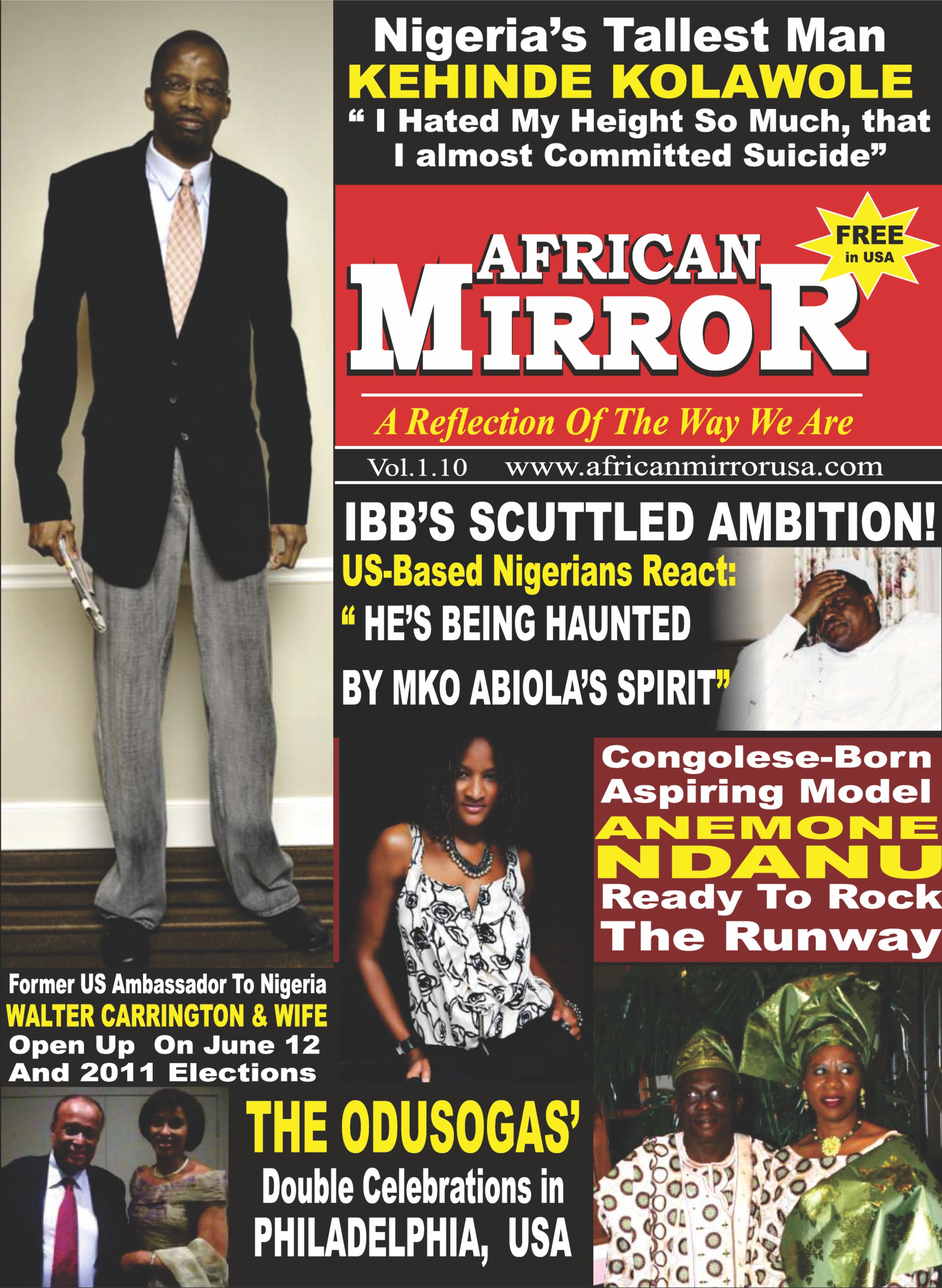 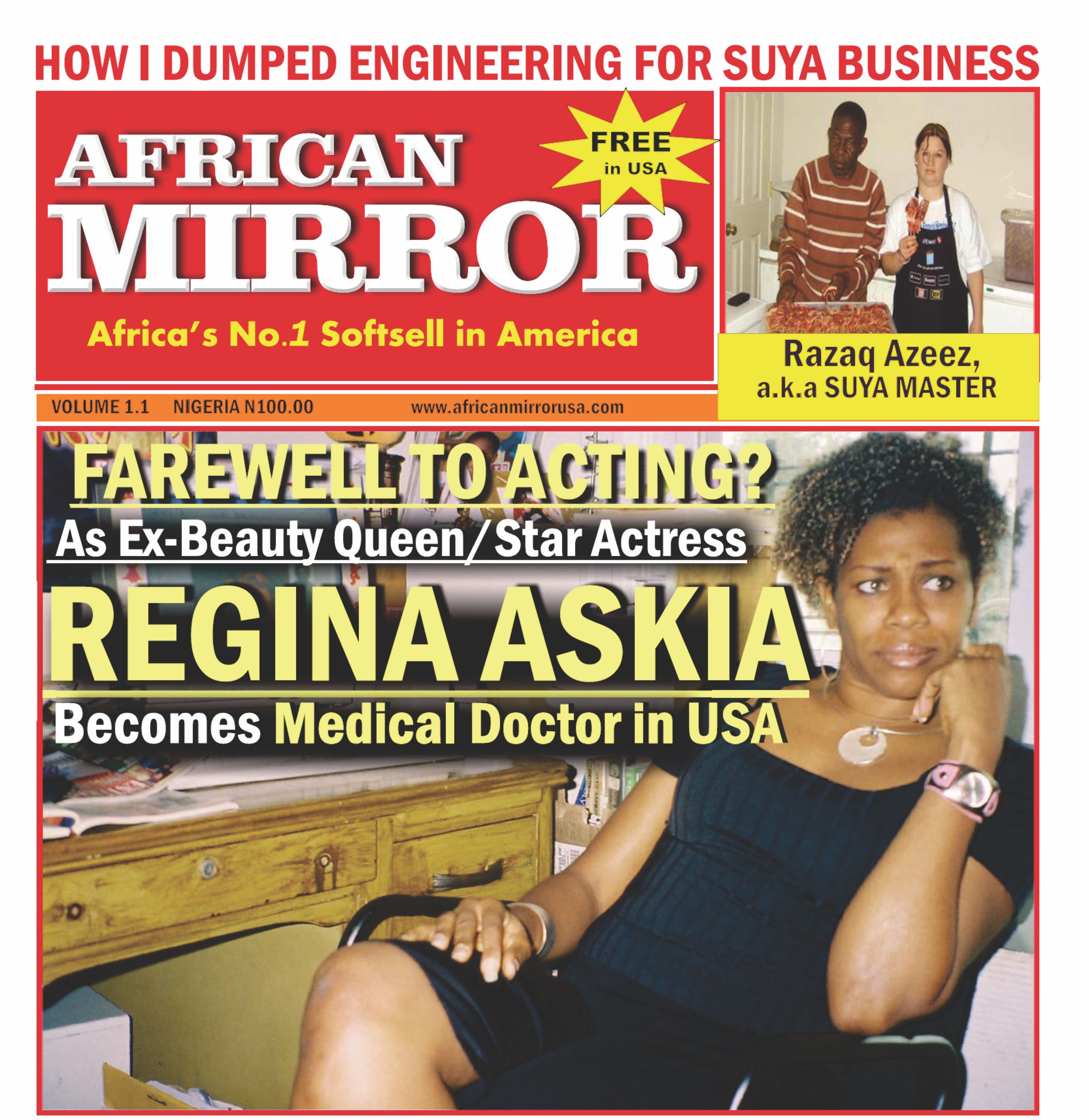 PRESIDENT BUHARI’S SPOKESMAN, FEMI ADESINA TALKS CANDIDLY TO US ABOUT 2019, ATIKU’S EXIT FROM THE RULING PARTY & THE CHALLENGES FACED BY THE ADMINISTRATION

Mr Femi Adesina is the Senior Special Adviser  (SSA) to President Mohammadu Buhari on Media and Publicity. In this interview with  African Mirror, he answers questions bordering on some burning issues in the polity.

Q:  On a scale of 1 to 10, 10 being the highest, how will you rate the present administration?

A:  It will not be proper for me to rate the administration in which I serve. Let’s leave that to neutral people, who can look at things dispassionately, and from objective prisms. That will be more credible, since they are non-aligned.

Q:  What would you consider to be the major challenges being faced by this administration?

A:   Major challenges the administration faced when it came in 2015 were those of insecurity, empty treasury, and a collapsing economy. All the challenges have been confronted frontally, and things are looking up now. The insurgency that ravaged almost the entire country has been checked, and you only have pockets of cowardly suicide bombings in one or two states. This is contrary to what subsisted before this administration came to power. Pre-2015, oil prices were as high as 110 dollars per barrel, even hitting 120 dollars at a time, but no sooner a change of government happened, than oil prices crashed to about 30 dollars per barrel. The Nigerian economy simply crashed with it, since we are a mono product economy. And the former administration left no reserves. The treasury was empty, and President Muhammadu Buhari said it then. Foreign reserves were depleted, Excess Crude Account drawn down, contractors were owed in scores of billions of naira,  capital allocations had not been released for about three quarters, in fact, Nigeria was lying prostrate. It was a big challenge for a new administration to meet its obligations, without having to lay off workers. But today, the challenges are being surmounted, and there is light at the end of the tunnel.

Q:  Many are of the view that some prominent members of the ruling party have been sidelined. What is being done by the president to reassure and reunite every party member?

A:  I speak for the President, and not for his political party, the All Progressives Congress. The party’s spokesman can tell you better what is being done to re-unite the party, but all I know is that President Buhari is president of all, irrespective of political parties. If there are issues within the APC, I believe the party can sort things out.

Q: Nigerians in the diaspora have been agitating for the Diaspora Voting Bill. The president reportedly promised to look into this during his first official visit to the US. What has been done so far?

A:  Diaspora voting is in the realm of the legislature. There is not much the Executive can do about it, except in the area of consultation. But it is purely a legislative matter.

Q: What specific plans are being made by the administration to effect the smooth transition of Nigerians abroad, who desire to come back home?

A: Nigerians in distress back home is a duty the government has been alive to. President Buhari has a senior aide on Diaspora Matters, and Mrs Abike Dabiri-Erewa will fill you in on the statistics. But as for other Nigerians in Diaspora, who wish to return home, and are not in distress, they are at liberty to return to their fatherland. What government owes them is an enabling environment to return, and that is work in progress.

Q: Considering the fact that none of those alleged looters has been convicted or jailed, will you say the fight against corruption has succeeded?

A: The Executive does not send people to jail, it can only take them before the courts, and the judiciary should do the needful. So, if there are not too many convictions of allegedly corrupt people for now, it cannot be the fault of the Executive. The judiciary should ensure that cases that have to do with corruption are accelerated, so that those who have the tendency to be corrupt can take warning. By and large, the Executive, through the anti-graft agencies, has acquitted itself well in terms of interdicting corrupt people, establishing prima facie cases against them, and taking them to court. The rest is left for the judiciary. Separation of powers is enshrined in our Constitution, and it must be respected.

Q: Many have also criticised the President for allegedly shielding alleged corrupt officials in his government, they cited several committees set up to look into allegations against these officials and hold that the reports of such committees and their recommendations have been swept under the carpet, what do you say?

A: Those who claim that government is shielding people accused of corruption among its ranks should realize that accusation does not amount to guilt. Anybody can allege something against anybody, but a prima facie case must be established before prosecution can start. Otherwise, such cases cannot stand the rigours of judicial interrogation, and would be thrown out. Again, if government interdicts anyone for corrupt practices, it does not dictate to the security agencies what to do next. The onus is on them to examine the facts available,  and proceed to prosecute, as deemed necessary.

Q: The critics of the President Mohammadu administration have also accused him of failing to deliver on his promises, some of which they said include reducing price of petrol per litre to N45, massive employment for the youths, and a secured Nigeria, what is your reaction?

A: When you want to judge a government, you judge it according to the promises it has made. What are those promises made by President Buhari and his party? Three major ones: we will secure the country, fight corruption, and revive the economy. And the discerning and impartial know that this government is seriously at work in the three areas. Major advances are being made, and giant strides taken. Nigeria is being positively impacted.

Q: There have been speculations and permutations about 2019 presidential elections with some saying that the president would contest, while others are denying it and others are also speculating that many governors across board are supporting him, what is your position sir?

Q: The issue of abandoning the recommendations and report of the last national conference has made some Nigerians to call on President Buhari to consider giving an attention to it, arguing that the country is still facing a sundry of ethnical and socio cultural challenges among others because  some issues already trashed in the conference have not been attended to. What is the position of the President on this development sir?

A: President Buhari had made it crystal clear from the beginning that he did not believe in the 2014 Constitutional Conference. He said it was more of a political gambit by the then ruling Peoples Democratic Party. He can’t then be compelled to implement the result of what he had said he never believed in.

Q: Some have rated the resignation of former VP Atiku from APC as a major setback for the party and for Buhari s ambition in 2019, others also described President Buhari’s condolence message to Oyegun regarding this development as an admission of this assertion, do you agree with this sir?

A: Former Vice President, Atiku Abubakar, has a right to determine where his political fortunes are best served. Leaving the APC for PDP is within his rights. Nobody begrudges him for it.

NEWS HEADLINES
TRUE LIFE STORY
Corruption indictment: Minister for Mines and Steel Development & Former Governor, Dr Kayode Fayemi Fires Back: “We Shall see who will end up in jail between Ayo Fayose and I.”